Are you a Windows or Mac user? But you want to switch. So, you’re looking for another open-source Operating System and there’s just no better option than “Linux”. Well, you’re right. But which Linux distribution or more commonly called distro is considered a best Linux distro for beginners.

Every person you may ask will give you another answer. And that is just because there are so many of them. Now, Linux has a reputation that it’s all coding and no fun.

But you’re so wrong!

As a beginner, it is important to burst your myth and get you acquainted with user-friendly, lightweight and out of the box (the ones which come with pre-installed apps) top Linux distros. The “right” Linux distro will make the transition easier on you and help with a smoother learning curve as well.

Before coming to this post, you may have done a quick google on best Linux Operating System for beginners. And Ubuntu may have topped the charts.

As a matter of fact, Ubuntu is quite a household name where Linux is discussed. One of the most common Linux distro, Ubuntu has helped many new Linux users get onboard with its simple UI and powerful functionality.

The desktop environment of Ubuntu is called Unity. A simple clean desktop with a dock on the left displays the pinned apps and most recently opened apps for you.

Ubuntu comes with all the basic utility apps like a browser and LibreOffice for you.

If you wish to install other apps, it’s pretty simple.

With just a few clicks, you can install all the codecs and the apps you will ever need from the software repositories.

Ubuntu LTS offers a long term support for security and maintenance updates for straight 5 years. You won’t have to worry about your software or system going outdated with Ubuntu as the chosen OS.

If you still find yourself stuck somewhere, just don’t worry!

There’s a community of online users and heaps of documentation to get you through about just anything.

Why You Should Pick Ubuntu?

Are you transitioning from Windows? Ok, Just stop right here.

Linux Mint Cinnamon is just what you’re looking for. Based on Ubuntu and Debian, Linux Mint has gained immense popularity in a few years. As far as it goes, this Linux distro is in direct competition with Ubuntu as one of the top Linux distros in the market.

Cinnamon Desktop Environment is quite similar to Windows XP or Windows 7 desktop. So, Windows users will be pleased with the overall aesthetics of this distro.

You will also get many software and media codecs pre-installed for you. LibreOffice is the productivity suite preferred by most Linux users for spreadsheets, word processors and such apps.

Why You Should Pick Mint?

Elementary OS as its name suggests is a great choice for beginners. “A fast and open replacement for Windows and macOS”, this Linux distro for beginners is not clumsy and may as well be the most beautiful looking distro around.

With a desktop interface quite similar to Mac, the Mac OS users will feel right at home with this distro.

Elementary OS is built on Linux with a strong focus on giving new Linux users a clean and beautiful environment with great usability in just a few resources.

Also, it has a useful app center for downloading all useful open-source apps you may require. Furthermore, there are specially curated apps this Linux distribution ships with to go around with all your daily tasks easily.

For the users who may struggle with exploring the apps or files on Ubuntu, Elementary OS is just a breeze. As a user, you have the option to access files in three ways: using a grid or category format or simply search with the app name as you’d do on Mac or Windows.

If you own an old PC, revamp it with Elementary OS because it takes just the minimum of resources and can successfully breathe a new life into your old system.

Why You Should Pick Elementary OS?

LXLE is another Ubuntu LTS based best Linux operating system for beginners. The Linux distro makes use of minimum resources and performs heavy-duty functions easily.

As a beginner, you may opt for LXLE as it offers a simple, elegant and familiar desktop User Interface and ships with all prudent full features apps for all your tasks including but not limited to the office suite, media player, Internet browser, screen recorder, games and more.

The ease of this Linux distro can be imagined from the boot speed. It is online and ready to use in less than one minute.

Furthermore, it comes with 100 pre-installed themes to pick from and has a long term support for all the apps and the OS itself.

LXLE is a lightweight OS for all your everyday tasks with a pleasing look and a rich list of apps that enhance performance and saves your resources.

It is available for both 32-bit and 64-bit systems.

Why You Should Pick LXLE?

Linux can be hard to learn. Yes, that is true.

But not with Zorin OS!

Zorin OS has been designed with an aim to provide users the ability to use Linux on their system without learning a thing to get started.

Amazing right? Yes, that’s Zorin for you. Also, it doesn’t matter if you’re switching from Mac or Windows. Because Zorin allows you to customize the desktop to look like Mac, Windows or even Unity desktop.

With Zorin, you’ll feel no overwhelming over Linux. Keeping looks aside, Zorin creates a powerful computing experience while keeping the usability simple for beginners.

Like other Linux distro discussed here, Zorin also comes packed with some great featured default apps. It also has a built-in app store to let you do just about anything with your computer.

Why You Should Pick Zorin OS?

Bodhi Linux is built on top of Ubuntu and has its heart in Moksha Desktop Environment. A top choice for best Linux distro for beginners, Bodhi is a lean and minimalist Linux distro at its best.

With Bodhi, you’ll get a pretty simple Linux distro with a few handful of apps that include a text editor, image viewer, web browser, system updater, terminal (it’s Linux after all) and a file manager.

The main highlight of this top Linux distro is the Moksha desktop which is fast, intuitive and quite flexible. Bodhi developers feel the user is smart enough to select their own apps so they have included an app store from where you can download n number of apps.

Coming back to Moksha Environment, it is based upon Enlightenment Desktop Environment with improved functionality and bug fixes.

Here’s what I actually liked the most about Moksha:
All the details, whether nitty-gritty or advanced configuration options, nothing is hidden from the user. If you like to tweak around, you’ll do it best with Bodhi on your system.

Why You Should Pick Bodhi OS?

A Debian based Linux distro developed by Chinese Developers, Deepin Linux has a great visual appeal and a reliably fast operating system under the hood.

With 4 hot corners on the desktop to access different functionalities, deep in has successfully blended in a strong concoction of the user-friendly interface and powerful performance.

For a Linux newbie, Deepin Linux is an appropriate pick. While providing a clean and sleek desktop, the users don’t have to worry about installing additional apps.

Deepin Linux has custom apps for image viewer, text editor and other utilities that come pre-packed with this OS.

Easy to install and an intuitive desktop experience, Deepin Linux is a good alternative to Windows Operating System.

Why You Should Pick Deepin Linux?

Linux Lite is a powerful yet lightweight best Linux distro for beginners. Based on long term support Ubuntu (Ubuntu LTS) version, Linux Lite comes functional out of the box. It means it has all the required apps and software beforehand.

You know what this means for you?

No hassles of finding the perfect software for daily simple tasks. Just boot, install Linux lite and that is just about it.

Linux Lite is a Linux distribution which has found the right balance between speed and user-friendliness.

Another reason to just go with Linux lite is the clean and simple desktop environment. Navigating around is a piece of cake with this Linux distro.

More reasons? You get chromium, firefox, office suite, VLC player, image viewer and many other apps preloaded with Linux lite.

Why You Should Pick Linux Lite?

PCLinuxOS is an independent Linux distribution based neither on Ubuntu or Debian. Forked from Mandriva, this Linux distro for beginners is highly recommended. With a quick graphical installation on hard disk or a live USB/CD, you can quickly begin the setup of PCLinuxOS.

What else? You don’t even have to make any changes to your local hard disk and still be able to enjoy the powerful Linux OS on your system.

PCLinuxOS comes with a complete set of software and applications for internet browsing, productivity utilities and entertainment tools for you.

Ok that’s not all. With an update in its Kernel, this Linux distro has become more reliable, safe and pleasant.

With a script called mylivecd, you can even create your own custom Live CD/DVD for installation.

And you get over 85 languages support with this humble Linux distribution as well.

Why You Should Pick PCLinuxOS?

A lighter and energy-saving variant of Ubuntu, Lubuntu is designed to be lightweight and easy on the system resources.

Highly recommended top Linux distro for beginners, Lubuntu is user-friendly and near perfect for simple everyday tasks. However, if you’re looking for a heavy-duty application support, Ubuntu or Linux Mint would better suit your needs.

Coming back to Lubuntu, it is a lighter, resource-efficient and an energy-friendly variant of Ubuntu that can work on most low specification PCs as well. A fast and responsive Linux distro without any bells and whistles is Lubuntu for you.

Lubuntu is shipped with the basic default apps for everyday tasks and other essential software. Although, if you’re looking for more, Ubuntu software repository is also accessible.

The major factor contributing to its lightweight functionality is the LXDE desktop, which is known for being elegant, user-friendly and responsive at the same time.

Why You Should Pick Lubuntu?

Which is the best Linux Distribution for Beginners? – Your Choice

One of the key points to note about Linux is that really you can’t go wrong with any of these Linux distros mentioned in the list. These lightweight Linux distros for beginners are designed to make your transition to Linux easier and smoother.

I hope you found your right pick. Simply run a Live CD/USB with any Linux distro and if you like it, install it up on your hard disk. 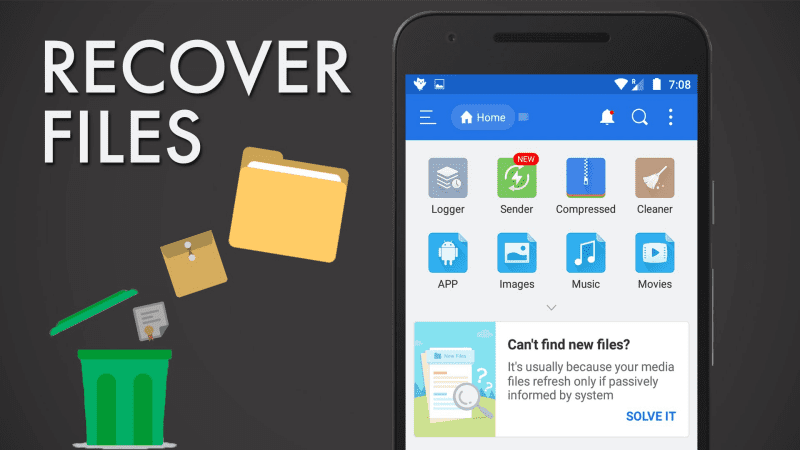 How to Recover Deleted Photos from Android Gallery 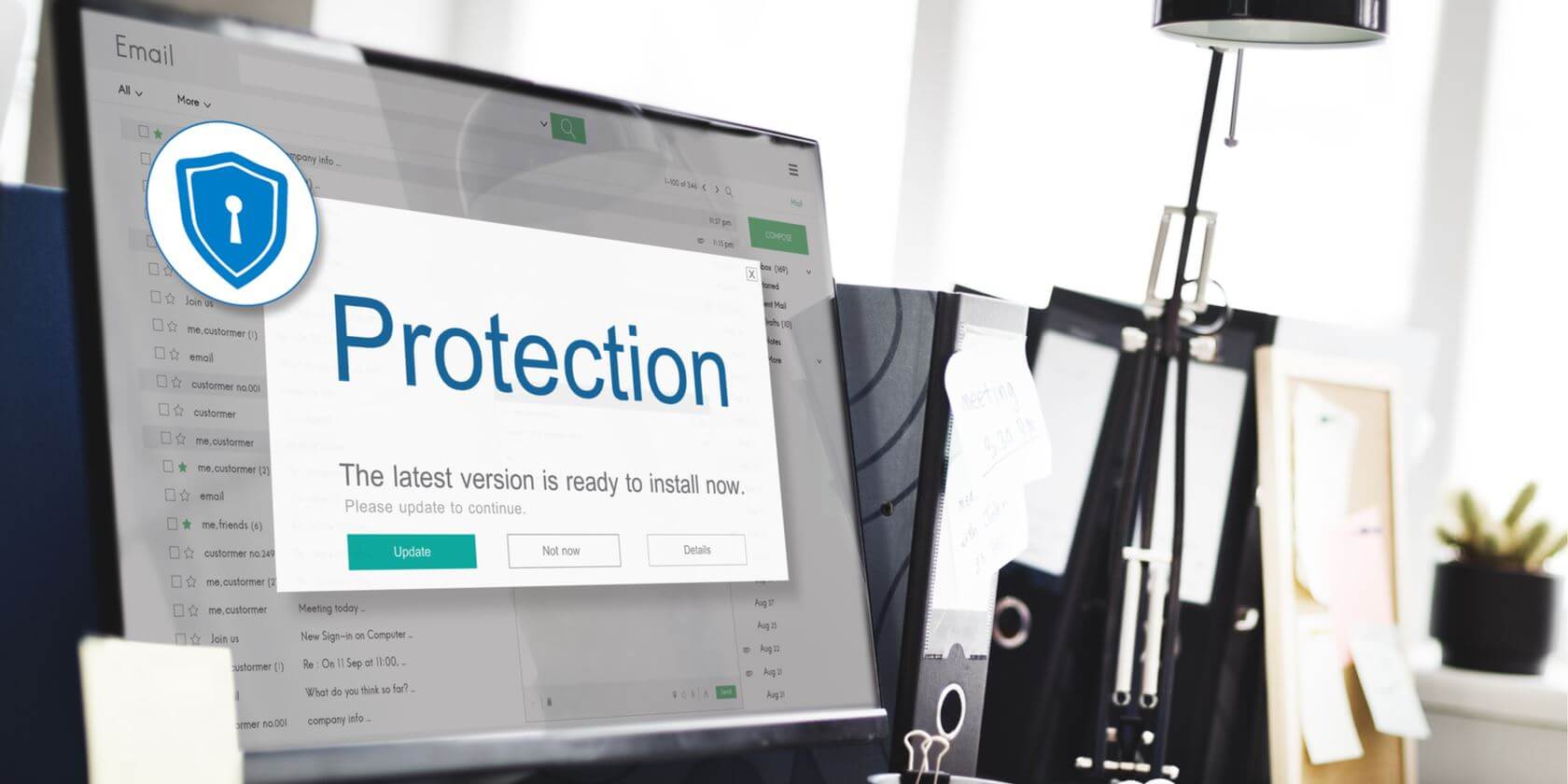 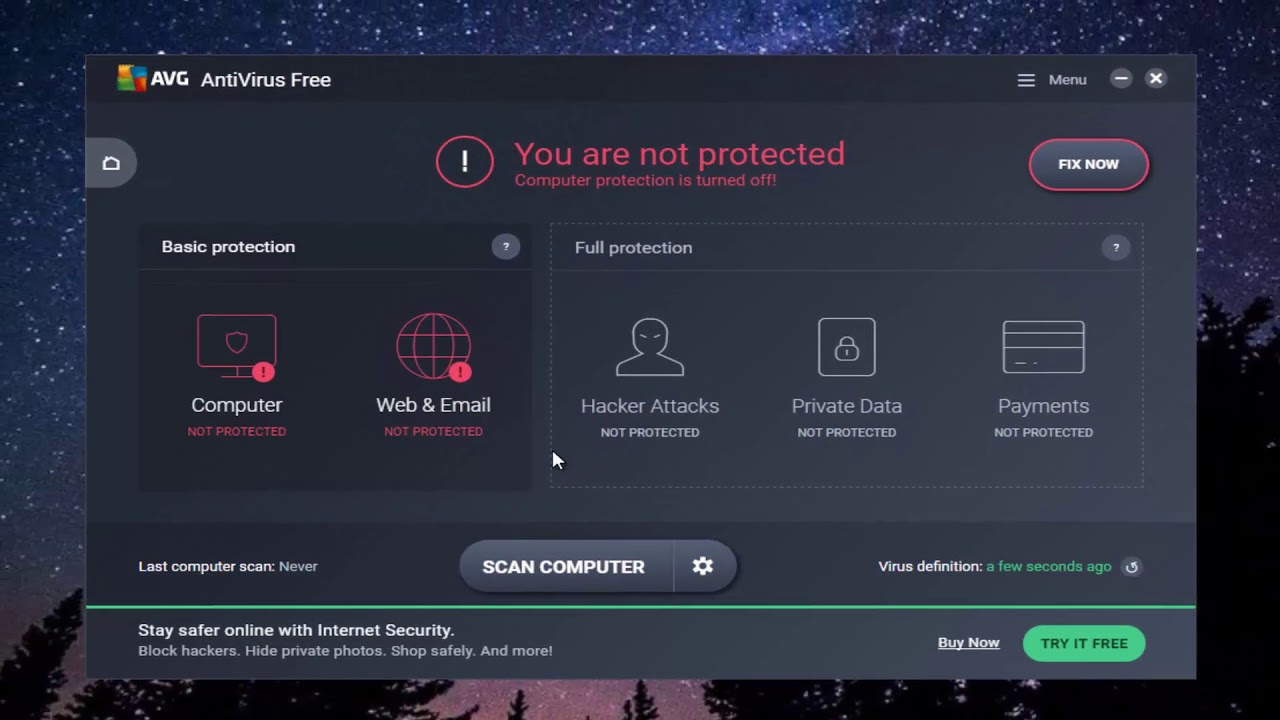 How to Temporarily Disable AVG Antivirus