A RAD model refers to a Rapid Application Development model. It is a software development methodology similar to the Waterfall model. Other methodologies involve Scrum, Spiral, and Iterative.

Each of these is used according to the need of the project and come with their fair share of pros and cons. The RAD model is an improvement to the Waterfall model and is widely considered as a type of incremental model.

If you’re looking for outsourced mobile app development services it’s essential to understand these models so you have a clear idea on what to expect in terms of the app development lifecycle.

In this model, each component of the final project is worked on separately and combined at the end, to give rise to the finished product. By using such a model, the customers have intermediate results to work with, and this helps in delivering feedback to the development team to make necessary changes.

One of the major advantages of the RAD model is its emphasis on prototypes and iteration. Here, detailed pre-planning takes a back seat, and this helps save time.

Since the testing phase in such a model is not just at the final stage, making and incorporating updates into the app becomes easier and economical.

Before diving into detail regarding its advantages and disadvantages, it is important to understand the phases involved in a RAD model.

4 Phases Involved in the RAD model

In this phase, the RAD team decides on the information flow depending on the business need and designs the product. They also decide on the project scope and the system requirements in this phase.

All the information gathered during the first phase is refined, and a set of data objects is defined. This depends largely on the business needs. The data modeling that takes place is highly dependent on the type of business involved.

The data objects that are defined in the previous phase are transformed to give the required information flow, which, in turn, helps implement the required business function.

Automated tools help convert the process models of the previous phase into usable code. This code, developed from both the process and data models, is then used to develop the final system.

Each component is tested, and necessary changes are made as and when required. This depends on the customer and is an iterative process. The overall testing time is less for applications developed with a RAD model since updates are easier to incorporate.

Pros and Cons of the RAD Model

RAD model involves designing multiple components in parallel, and this means changes can be easily incorporated. Since testing is done at different stages, the overall project becomes much more flexible than in the case of Scrum, or Spiral methodologies.

The RAD model is considered to be very efficient. Since the process of developing the final system involves a lot of iterative sessions and changes are made easily, overall efficiency is greater than in other models.

Teams that use a RAD model, require less manpower due to the automated codes involved. This reduces the overall cost of the project which in itself is another advantage.

Prototyping helps reduce the risk of a defect in the final product. Each component is tested and iterated until all bugs and issues are removed. This makes the entire app development process less risky.

Since each component is worked on separately by a highly skilled team with continued feedback from customers, the final product will be of much higher quality than in the case of other development methodologies.

The RAD model highly encourages feedback from its customers. This helps reduce issues at the end and also promotes a healthy working relationship between rapid app development services and their customers.

Relies highly on the team

Since the design happens in parallel, strong communication between teams is required to prevent massive issues. Individual performances also become a vital point in such a model since small issues could snowball into compatibility issues during the testing change.

Modeling and generating automated code is no cheap task. RAD model will not be economically feasible for small scale projects that are working on a budget.

The RAD model pushes detailed pre-planning to the back, and this can cause the process to become slightly unstructured. This is where a highly skilled team comes into play since they can make or break the entire project.

When is a RAD Model Ideal?

As we enter into 2020, the future of RAD or RMAD is promising, to say the least. With a growing community of citizen developers (those who are non-developers), RAD has taken the mobile app development world by storm. Many considered this a fad that would soon die out, but the results have proved the exact opposite.

Companies are racing to implement RAD models, with the positives greatly outweighing the negatives. Developers and non-developers can work together and create a product that best suits the customer’s needs.

Rapid mobile app development has resulted in powerful apps that encourage dev-customer interaction during every step of the production process. The shorter time required for development and the need for a highly skilled team has raised the standards of enterprise app development.

By 2020, 70% of the world’s enterprise apps will be developed by citizen developers. Process and data modeling, combined with automated code generation is becoming the norm, and the RAD movement seems to be on an exponential rise that is not expected to dip anytime soon.

8 Useless Apps from the Weirder Side of the App Store How Technology is Affecting Your Sleep – From Phones to Video Games 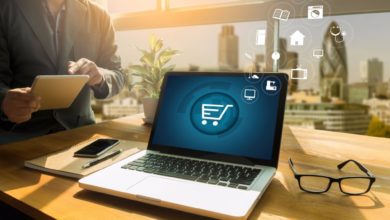